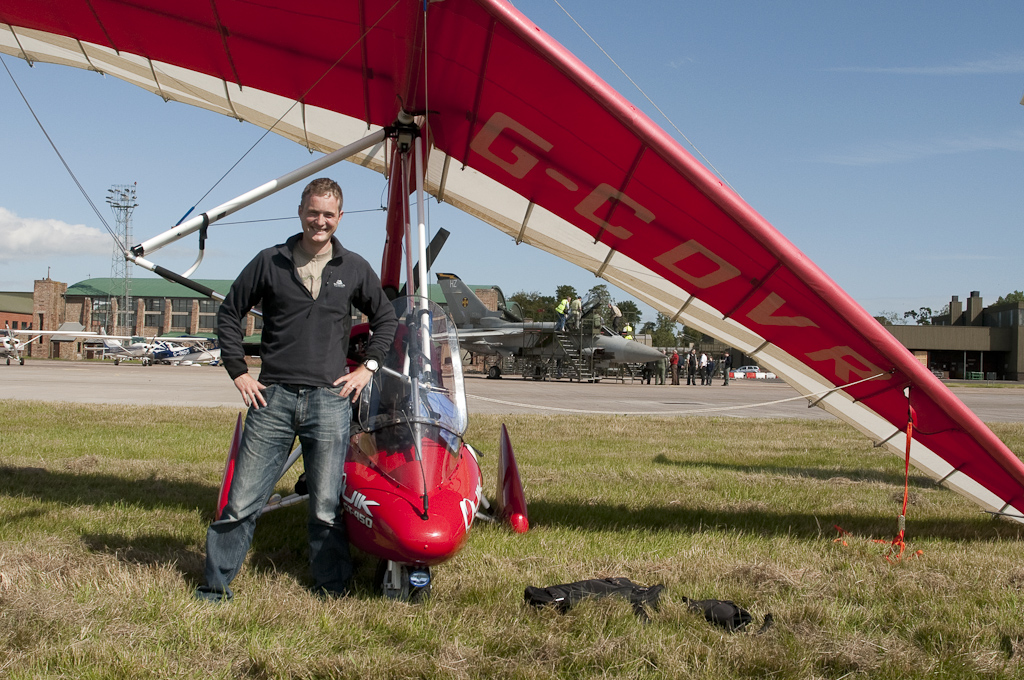 I’ve been contributing for the last 5 or so years, and was using it before that.

I dip in and out of lots of things. I’ve spent a lot of time in the last couple of years working on the 3D clouds, and before that random vegetation. I’ve created a couple of aircraft (vulcanb2,flash2a, pittss1c), and maintain a couple more (c172p, a4f, Cub). I also help maintain The Manual. I’m one of the moderators on the forums, and I sometimes remember to write something for the Newsletter.

Like many contributors I spend way more time messing around with things rather than actually doing flights! I enjoy warbirds (the p51d is a big challenge for me), and the c172p or Cub for some easier flying.

Trying to get more performance out of the 3D clouds! I’m also looking at improving the HTML output of The Manual, so it’s easier to use online.

Less fiddling, more flying! I have a 14 month old daughter so my FG time has been constrained, and will become more so in the future.

Absolutely. FG has never been healthier. With all the hard work people like James Turner and others have put into our Jenkins build server we’re now able to produce releases every 6 months. That’s a massive step forward from even two years ago. The range and quality of aircraft in the hangar continues to increase, and Martin’s continual work on improving our scenery infrastructure will pay huge dividends in the future.

Getting the chance to work with a great group of people, even if I never get the chance to meet them in real life. Coming across a really nicely modelled aircraft or some new feature I never knew existed.

Well given the number of people that fail to RTFM, my work on The Manual 🙂

I also think people get used to new features very quickly, so they effectively disappear. When I created the first proper forests (with a lot of help from Tim Moore), it was pretty exciting as we’d never been able to have that density of foliage before. Nowadays we all take it for granted.

Start small. Modify an existing aircraft rather than create a new one from scratch. It’s tempting to start something new, but the amount of time and effort required to actually create a worthwhile aircraft with any realism is huge. We stand on the shoulders of giants in FG, so you might as well take advantage as much as possible!

Q: What do you do outside of FG?

I have a wife and 16 month old daughter and live in Edinburgh, Scotland. I work as a manager in a software development company (Metaswitch Networks). I’m also a keen climber and telemark ski tourer.

I own and fly a flexwing microlight (aka trike) from East Fortune airfield just outside of Edinburgh (EG32 in FlightGear).  I’ve got about 200 hours so far and did a 7 day flying trip to the Isle of Wight in the south of England in 2010.