Changes of various kinds affect FG – it seems this year more than in others. Please read here an overview.

Whatever happened to the 3.6 release?

The simple truth is – it didn’t work out. In the end, the release team had personal constraints, got as far as producing a release candidate but then the efforts stalled. Flightgear is developed by human beings, and sometimes things don’t go the way we’d like them to.

Ideally this should have been communicated earlier – we’re sorry for this, the final decision not to have a 3.6 release was made not so long ago.

At this point, let me take the opportunity to point out the links to the automated builds where you can find the (as we now know rather stable) 3.6 release candidate and an automated nightly build of the FG development version.

The matching aircraft collection can be obtained from the repository following these instructions.

At this point, we’re not sure whether there will be a regular 3.8 release. Rather, the idea which will be tried is a series of more automated stable releases – about four per year. We hope that this will stretch bug reporting by the general audience from the current one-week period between release candidate and stable (which makes it very hard to act in time) over a wider period, giving us the opportunity to respond better. At the same time, it will decrease the waiting period for the next stable. Time will tell whether this works better.

In addition, there are multiple changes behind the scenes having to do with the server infrastructure for the FG scenery. Ideally these would not affect the end user, but they take time and effort nevertheless.

Development on the other side did not stop – we keep making FG more interesting. 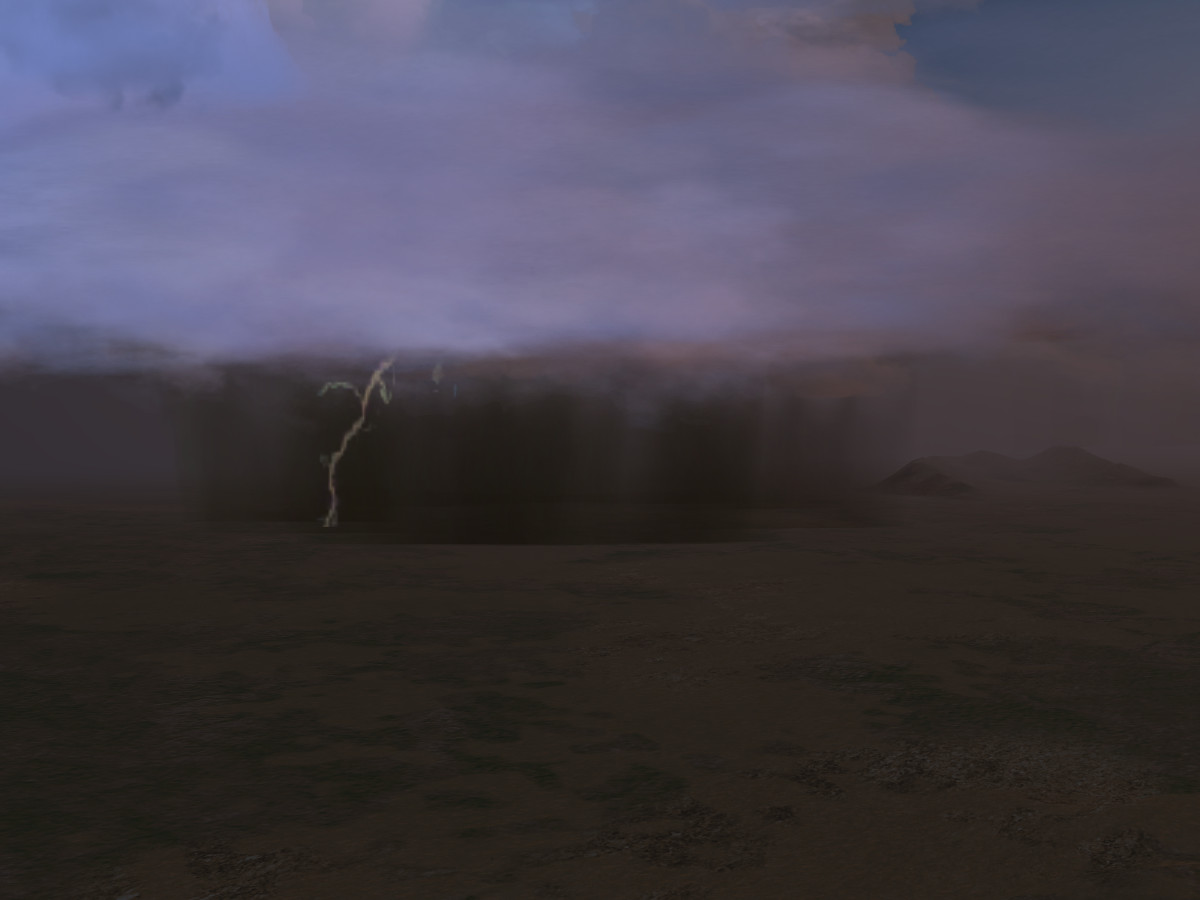 The weather system has received an update to simulate lightning strikes during thunderstorms. Each lightning strike will not only trigger a visible bolt, but also (in the Atmospheric Light Scattering (ALS) framework) at night illuminate the clouds in the vicinity for a split second. In addition, the position is registered in FG, allowing aircraft modelers to include ambient thunder sounds with the correct delay – this has for instance been done for the C-172p. Encountering a T-storm at night will be memorable now! 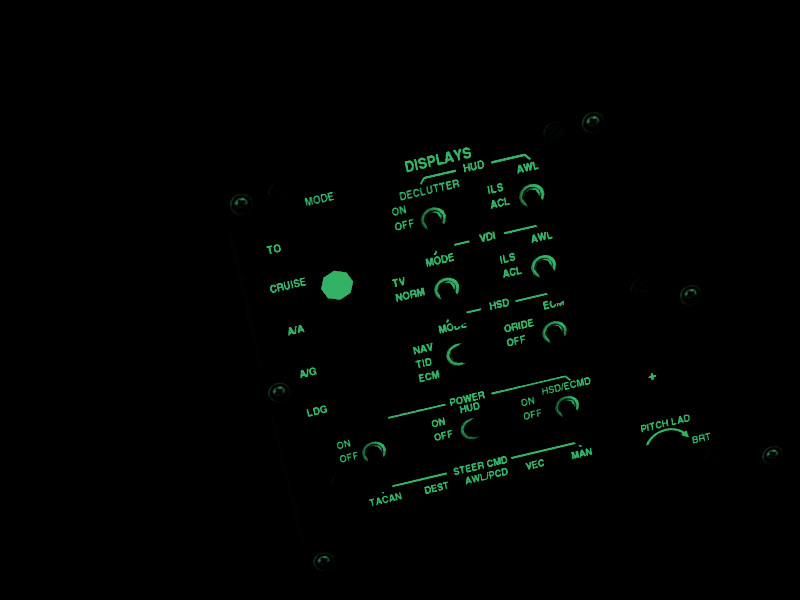 The ALS framework offers a host of new options for aircraft developers, for instance a quick option to render panel backlighting using the so-called implicit lightmap technique, irradiance mappings giving a more faithful impression from where indirect light can fall into the cabin and the option to show reflections of the lit cockpit panels in the windows at night.

A fire-breathing dragon (and other impressive aircraft) 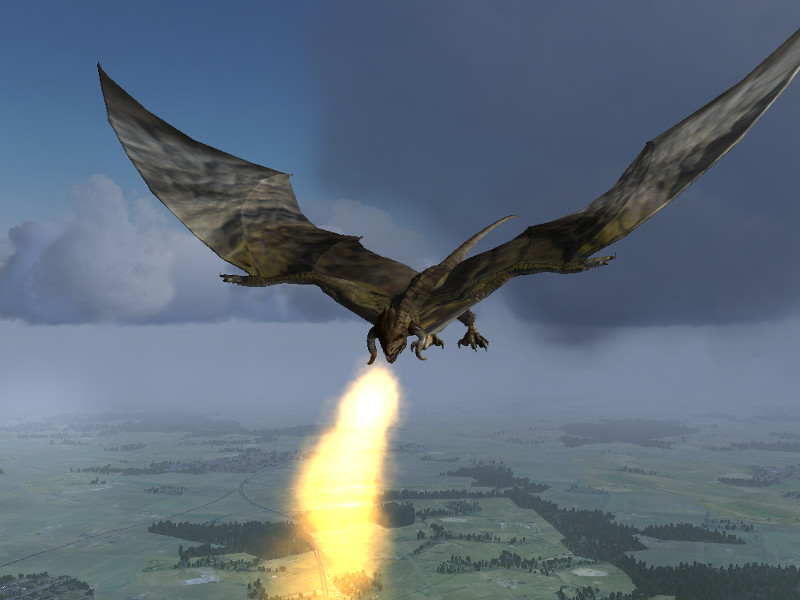 Among the most interesting aircraft to be added to the repository is the dragon. Demonstrating the versatility of FG, this reptile doesn’t fly on magic (like the Santa and his reindeer do, if you know the model…), instead it uses the aerodynamical data from attempts to reconstruct the flight dynamics of a Pterosaur. Let it slowly climb with mighty wingbeats, soar thermals to rise to high altitudes or swoop down in a steep dive – the dragon sure is fun to fly and at the same time instructive. 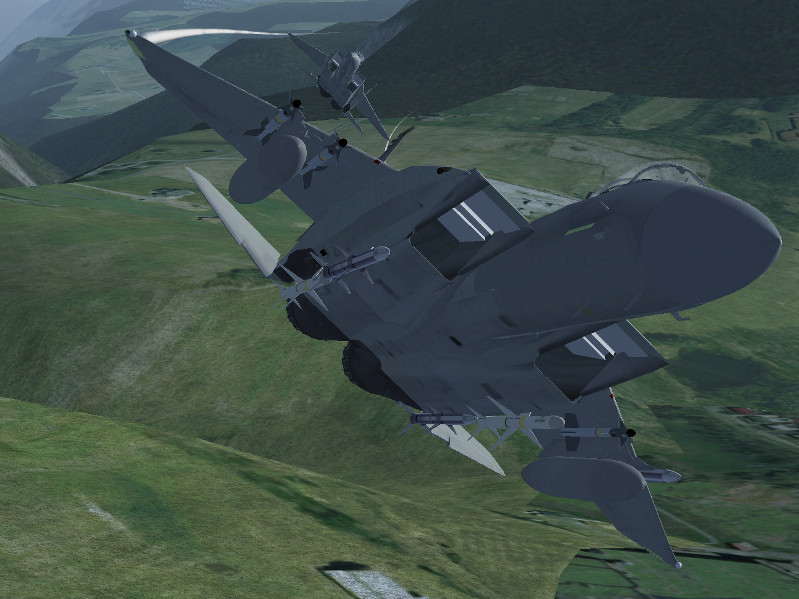 Substantial updates also have been done for other aircraft which have been under heavy development: Sounds and pre-flight inspection simulation of the C-172p have been improved. The F-14A variant has been added, making use of all recent rendering improvements and including a simulation of compressor stall. Lots of work have also gone into making the F-15 yet better – it now offers C and D variant, operational weapons and radar, detailed sound and simulation of hydraulical, electrical and ECS pressurization system. The Space Shuttle is now well on the way towards a photorealistic 3d cockpit. Substantial work has been done on the avionics, implementing automatic tracking and pointing routines and a realistic procedure to command OMS orbital insertion and de-orbit burns, as well as one of the most sophisticated failure meanagement simulations in FG.

The ALS rendering framework has added effects for improved rendering of runways. Paved runways are now shown with skid-marks whereas unpaved runways can be rendered with a multitude of materials, smoothly blending the runway into the surrounding airport green. 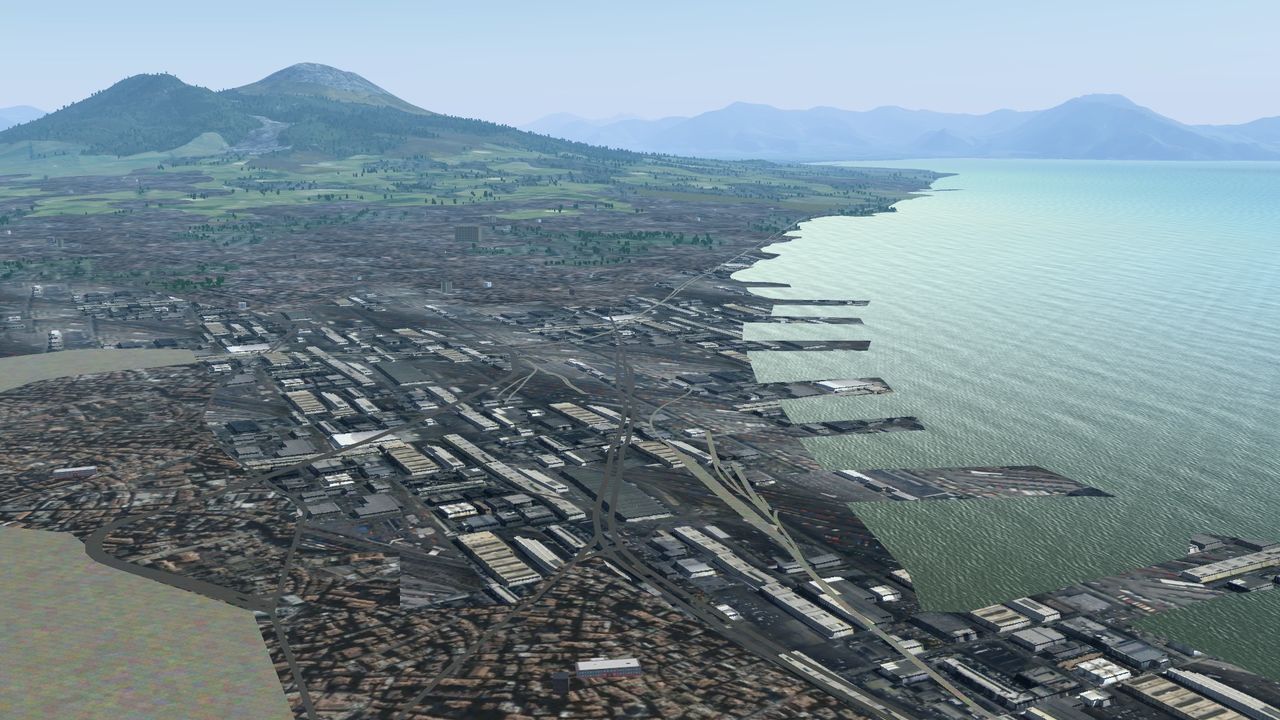 Behind the scenes work

Less visually, there is ongoing development on various fronts. The out of window GUI Phi continues to be expanded, providing support e.g. for an instructor station. Using Qt5, a common launcher for all OS is being developed which is expected to ultimately grow into a new in-window GUI option. Finally, the HLA effort aims at utilizing multiple CPUs better by running various subsystems in dedicated threads outside the FG main loop. Currently, only a very limited AI scenario can be run in this mode, but ultimately it is expected to provide improved framerate where poor CPU utilization is the bottleneck.

We hope to be back soon with details on the new release process.

18 Replies to “What’s the Flightgear news?”