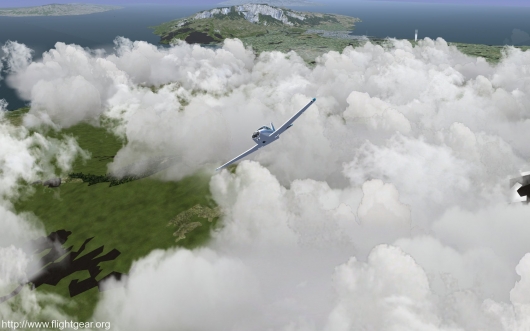 FlightGear is an open-source project. This means as long as you abide by the terms of the GPL license you may freely download and copy FlightGear. Anyway can have easy and open access to the latest development source code. Being an open-source project, we have made our file formats open and easily accessible. We support standard 3d model formats and much of the simulator configuration is controlled through xml based ascii files. Writing 3rd party extensions for FlightGear (or even directly modifying the FlightGear source code) is straightforward and doesn’t require a large amount of reverse engineering. This makes FlightGear an attractive option for use in private, commercial, research, or hobby projects.

FlightGear is known to run on Windows, Linux, Mac OS-X, FreeBSD, Solaris, and IRIX platforms allowing the user run on their platform of preference. 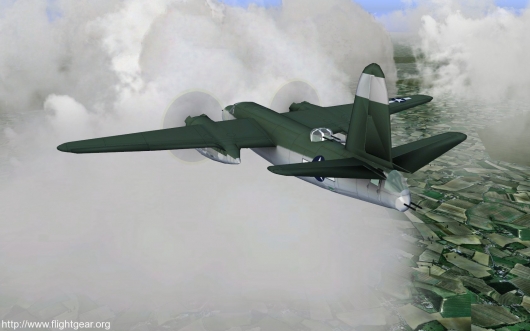 FlightGear has extremely smooth and fluid instrument animation that updates at the same rate as your out-the-window view updates (i.e. as fast as your computer can crank, and not artificially limited and chunky like in some sims.)

FlightGear also accurately models many instrument and system failures. If the vacuum system fails, the HSI gyros spin down slowly with a corresponding degradation in response as well as a slowly increasing bias/error.

The intention of FlightGear is to look nice, but not at the expense of other aspects of a realistic simulator. Our focus is not on competing in the “game” market and not on the ultra-flashy graphic tricks.

The result is a simulator with moderate hardware requirements to run at smooth frame rates. You can be reasonably happy on a $500-1000 (USD) machine (possibly even less if you are careful) and don’t necessarily need $3000 (USD) worth of new hardware like you do with the many of the newest games.

That said, the more hardware you throw at FlightGear, the better it looks and runs, so don’t feel like you have to chuck your expensive new hardware if you just purchased it. 🙂

Using the properties tree it is possible to monitor just about any internal state variable in FlightGear. It’s possible to remotely control FlightGear from an external script. You can create model animations, sound effects, instrument animations and network protocols for about any situation imaginable just by editing a small number of human readable configuration files. This is a powerful system that makes FlightGear immensely flexible, configurable, and adaptable.

A number of networking options allow FlightGear to communicate with other instances of FlightGear, GPS receivers, external flight dynamics modules, external autopilot or control modules, as well as other software such as the Open Glass Cockpit project and the Atlas mapping utility.

A generic input/output option allows for a user defined output protocol to a file, serial port or network client.

A multi player protocol is available for using FlightGear on a local network in a multi aircraft environment, for example to practice formation flight or for tower simulation purposes.

The powerful network options make it possible to synchronize several instances of FlightGear allowing for a multi-display, or even a cave environment. If all instances are running at the same frame rate consistently, it is possible to get extremely good and tight synchronization between displays. 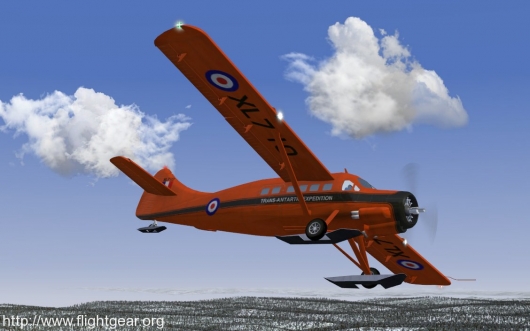