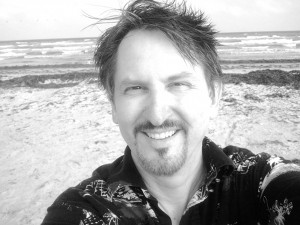 Actively I’ve been involved with the FlightGear project since early January 2011. Simply because my old computer (which my family had had for about 5 or 6 years prior) couldn’t run FlightGear. But after we upgraded… (insert evil laugh here)

Q: What is your forum nickname?

connect is my name.

Flying, first of all. My life dream is to become a commercial airline pilot, hopefully somewhere in Europe. I’ve taken my very first steps towards this in real life, with my “TIF” or Training Introductory Flight, but I also believe my prior experience FlightGear, and of course my continued use of FlightGear gives me a much cheaper alternative, for the time being, to gain experience.

Q: Why is it that you are interested in flight simulation or aviation in general?

The fact that it took mankind literally thousands of years to figure out how to fly, in just a century we’ve gone from the Wright Flyer all the way to the Antonov An-225, the Airbus A380, the Boeing 747, the list is endless. I think the fact we got to the moon is pretty good to.

I think you mean projects, in my case. I’ve actually got three on the go; all of which I am collaborating on (something I love with FlightGears community spirit). They are; the Airbus A350-900XWB in co-operation with Malik Guest (tehwarlock). The Jabiru J-170 (the aircraft I completed my “TIF” or Training Introductory Flight in) with Narendran Muraleedharan (Omega Pilot/Omega95) and Project Brisbane, perhaps the most ambitious, with Lachlan Bruce (spitfirebruce21), Drew Gibson (VH-TIT/FlightGearNZ) and Malik Guest (tehwarlock).

I actually don’t know. I just hope I can develop my skills enough to contribute something really good to the FlightGear Project.

Overall; yes. Having come in the days of v2.0.0 and at one stage, using 0.9.0, it’s blatantly obvious the progress that has been made in the year or so I’ve been actively involved in the community.

A day? Hours. Note the plural form of the word. I don’t have a number, as I’m frankly not pedantic enough to record, but I assume it’d scare me.

Thorsten’s Local/Advanced Weather; I use it everytime I fly. It’s alot nicer visually then the “Global/Simple Weather” and I think it competes with FSX and REX.

The satisfaction you get when something works! Maybe that’s because I’m not the most technically minded, hehe.